This variant hiking connects the Portuguese Way with the Translatio Route, also known as the Arousa Sea and Ul la River Route, which is the origin of all the Santiago routes.

The variant begins in Pontevedra and ends in Pontecessures, where it joins the final leg of the Portuguese Camino. From Armenteira, the Camino leads pilgrims along the Stone and Water Route, considered to be one of the most beautiful in Galicia.

One of the peculiarities of this variant is the possibility of doing part of the last section between Vila Nova de Arousa and Pontecessures by boat, sailing in the waters of the Arousa estuary and arriving via the last navigable section of the Ulla River. It is the same route that the remains of the Apostle Saint James are believed to have travelled on their way to Santiago de Compostela.

The route passes through a beautiful natural area, visiting the only Holy Way river crossing in the world, where you can see seventeen ancient crosses that identify this Camino de Santiago as Translatio, the origin of all Caminos. 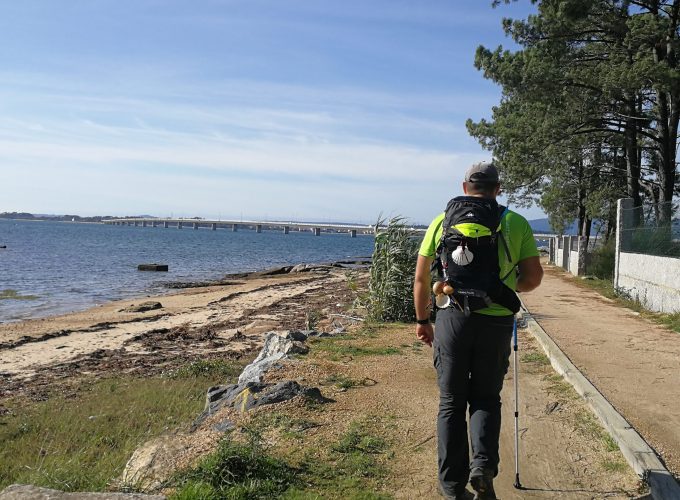